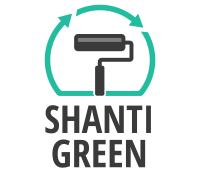 When people think about something going wrong within a plumbing system, they often picture water leaking through a ceiling or under a house. While it is true that those things can happen, other issues can occur as well. For instance, various problems can cause sewer gases to fill structures. The obnoxious odors are sometimes too much to bear and leave people feeling like their nose hairs are curling.

Aside from the stinkiness, the fumes may also make residents sick. It can be tricky to find the culprits behind the smells, but luckily, homeowners don’t have to face these situations alone. Instead, they can plan for smoke testing plumbing systems with plumbers. The professionals can then pinpoint the problems, fix them, and eliminate sewer odors from the picture.

Bowl waxes are installed beneath toilets. They smush between the base of commodes and the flanges that hold them tight against the floor. The products stop sewer odors and water from escaping the drains. However, if a stoppage occurs or a water closet becomes loose, the wax can become damaged, leaving it unable to perform its duties. If you have a bad bowl wax in one of your bathrooms, a smoke test can reveal its location. Then, the plumber can pull and reset the unit, which should give you and your family fresh air to breathe again.

If people aren’t careful, they can pierce plumbing vents with nails or screws while hanging pictures, drywall, and other things. That might not do much initially, but eventually, the fasteners can deteriorate and leave pipes with open holes where sewer gases escape. Attempting to locate such issues without smoke tests can be like finding needles in haystacks. However, with the exams, experienced plumbers can discover the whereabouts of the openings with ease. Thus, if your house is full of sewer gas, please, don’t hesitate to contact a tradesperson, as they’ll get the dilemma resolved promptly.